Throughout his career, Johnson was  Johnson was “feared and despised by white men” (Harris). Boxing was only the beginning of that sentiment. White Americans found themselves even more discomforted at Johnson’s public openness about his sexual and romantic relationships with multiple white women.

Johnson found himself caught in the midst of a witch hunt. 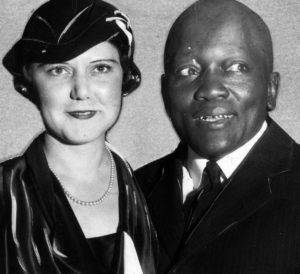 During Johnson’s life time, it was majorly taboo to be a black man intimately involved with a white woman; and, it was even more horrifying for this behavior to be exhibited by somebody so famous.

The Mann Act was a law enacted by the United States government in 1909, initially created to combat rising numbers in prostitution. It stated that it was “a crime to transport women across state lines for the purpose of prostitution or debauchery, or for any other immoral purpose” (Burns). It was soon after used to counter the bold maneuvers of Johnson, and he was arrested for crossing state lines with a white woman in 1913. 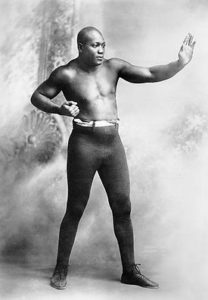